He stood before the three men and one woman with a bead of sweat creeping down his left temple.  It was not that their presence was particularly ominous in appearance. After all, they were seated on metal folding chairs behind a plastic banquet table.  No, his trepidation was more about what they represented and even more so, about what their decision could do to him and his career. 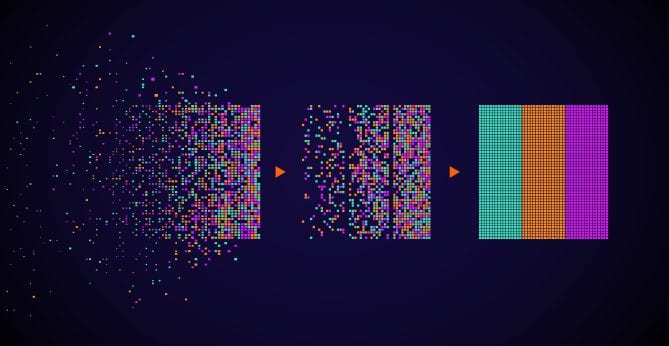 “Mr. Smith [names have been changed],” she began, “your cost approach does not seem to make sense.  You claim Marshall and Swift as your source of the data, but what you have in this report does not seem to have any workfile support.  How do you explain that?”

Mr. Smith knew that the next thing out of his mouth could dramatically affect his future as a real estate appraiser, so he paused and chose his words well.  “Well ma’am. I don’t quite know what to say. I plugged the numbers into the computer program correctly. What you see there is what it spit back out. I just assumed it was right.”

Technology can be a powerful tool.  It can also be a deadly poison. So it can be said about the ominous “big data” that we often hear about.  The difference? It comes down to how the tool is used, how it is understood, and how the appraiser might be involved (or not be involved as the case may be).

In my years of mentoring other appraisers to be more successful business owners, there is a common theme I have observed; most of us do things the way our mentor taught us to do them, and the same way we have always done them.  For those who were taught correct principles and techniques, this is not a bad thing. For others, who may have been ‘taught’ by the seat of someone else’s pants, there may be some improvement to be had.

Though we have all been taught and have practiced the fundamentals of appraising, we sometimes rely too much on the all-might-computer-thingy and too little on that soft, squishy, grey thing between our ears.  Data, numbers, and statistics can slip into that same realm. We plug the numbers in a program and an answer is spit back out. That is the very definition of a “black box,” when you have no idea what happened between data input and result output.

Relying on an ominous black box or sets of data we do not understand has never worked and will become less and less defensible into the future.  The world is changing and the continent of appraising is especially changing.

Many appraisers are fearful of their future.  Fear is a great motivator but a poor problem solver.  It is good to recognize that the profession of valuation is and will be different into the future.  “Three comps and you are done,” is no longer acceptable. The way we approach valuation will continue to evolve (some would say devolve) in the next several years.  What our clients need or want is not the same as it has always been. I predict the 1004 will either disappear or be completely remodeled in the near future. Furthermore, like it or not, big data is becoming more and more important to our appraisal processes.

The amount of data that is gathered and distributed on a daily basis is mind-blowing.  Numbers tell a story, but they often do not tell the entire story. This is where the valuation expert (read appraiser) comes in.  While computers are getting better and better at interpreting data, they should never replace good old fashioned common sense and an expert who lives, works, and understands the local market.

It is time to reinvent yourselves, appraisers!  It is time to show our clients that the black box approach is not enough.  They need us. We need to embrace big data, but do so with a cherry on top.  We are the cherry. We are the difference between Mr. Smith above and a professional, valuation expert.

Dustin Harris is a successful, self-employed, residential real estate appraiser. He has been appraising for over two decades. He is the owner and President of Appraisal Precision and Consulting Group, Inc., and is a popular author, speaker and consultant. He also owns and operates The Appraiser Coach where he personally advises and mentors other appraisers helping them to also run successful appraisal companies and increase their net worth. His blog is read by over 20,000 appraisers nationwide and he facilitates several appraiser membership groups both online and in person. His free podcast is listened to by thousands of appraisers each week and can be downloaded on iTunes and Stitcher Radio. He and his wife reside in Idaho with their four children.  He loves playing in the outdoors and watching movies indoors.

For over 20 years, DataMaster has saved thousands of appraisers at least an hour per report.